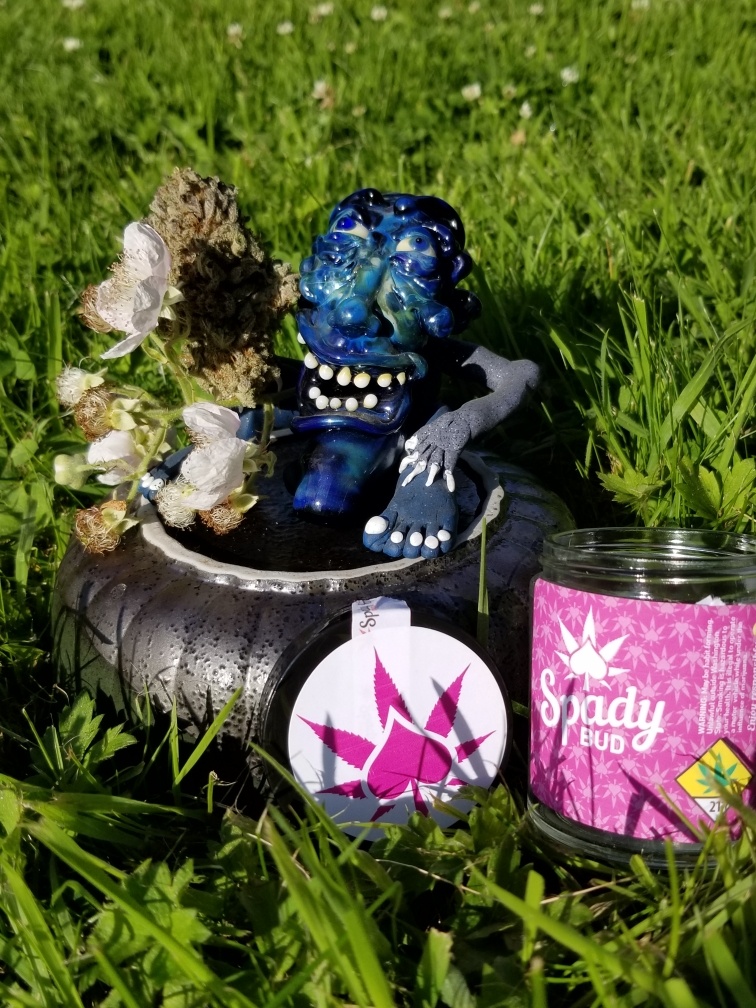 The joy of blackberry kush

Spady Bud has a knack for doing buds that are well known and have been around a while. More importantly, they do a great job at refreshing reputations of cannabis that sometimes gets forgotten by all the new strains in town.

That is why their take on blackberry kush is such a treasure.

The origins of the strain

Coming from the parent strain lineage of Blackberry and Afghani, the strain possesses the best of hashish notes. Those come from the Afghani side of the strains, and the fruit notes come from the blackberry.

Typically, blackberry kush will have a dark almost purple color with bright orange hairs. However, in this case, the color is a bit more light, perhaps even a bit more bluish than purple. But don’t mark that against it. The flavor balances a great harmony of dark fruitiness and a bit of spice.

I actually find that it tastes more like plum than blackberry but I enjoyed the hit, especially through the nose on the exhale.

Reflections on the strain

Sometimes I have been disappointed with Spady Bud, finding their flower a bit too dry at times. However, by the looks of things, they have been improving on this front spectacularly. In truth, having it be on the dry side is preferable to improperly cured and still too wet. Then there is a danger of moldiness creeping in.

That is ten times worse than having a bud be too dry. Both might a bit on the harsh side to burn, but any mold presents a serious health concern. Therefore, always good to see the cure just right.

Not too dry or too wet. The bong load I tried was a nice piece of flower and it actually burned almost like hashish. Very smooth and no itch on the back of the throat. Another positive in their favor.