While first studying solar energy as a potential fuel source for his Tesla cars seven years ago, Elon Musk’s California research facilities were overrun by White Rabbits sneaking into the labs. A confused interntook the opportunity to study the structural makeup of hair follicles on the energetic rabbits thinking they may absorb solar energy. In fact,
though, white rabbit hair reflects 68 percent of the sun’s heat.

When word of those findings got released, highway workers began employing thousands of White Rabbits to strap to their hardhats and act as heat shields. Subsequent studies show that occupational heat stroke among road workers has been reduced by 87 percent. 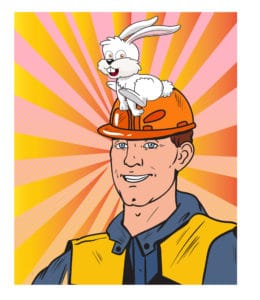 Now a labor dispute between the rabbits and contractors may impede that progress. At issue are wage and benefit packages. Harvey Rogers, spokesperson for IBWR local 420, broke down some of membership’s demands.
“As it stands, the starting wage for an apprentice Hat Rabbit is seven carrots per day and progresses biannually at two carrots per rate for three years meaning that a journeyman Hat Rabbit can expect to max out at 13 carrots per day not including COLA which currently sits at 5.9 percent. This is absurd considering that at any given time most of us
have seven newborns and seven teenagers to house and feed, not to mention other expenses such as braces and Q tips.”

It takes the average White Rabbit two hours to remove the asphalt and dust from its fur and assure that the hair has the maximum reflectivity possible. White Rabbits are seeking compensation for time spent cleaning and the necessary high quality hair products that entails, I mean entales.

Rogers is also concerned about the impact on family life. “Some of our members have had to make substantial sacrifices. I recently spoke to a member who hadn’t procreated for seventeen minutes. How are we expected
to maintain healthy relationships under these conditions? Do you know what it’s like to have seven kids in little league at the same time?”

Overe’ B. Udget, spokesman for Ben-Dover Bros. Construction, has concerns about the timing of a possible work stoppage. “We are gearing up for our busy season so we hope both sides can sit down and come to a reasonable agreement. Some of the demands that are being presented are simply unrealistic. The juicing trend has carrots in high demand so costs are up, leaving us in a very financially precarious position. Delaying the start of paving season will lead to missed deadlines and force us to renegotiate contracts which will be absorbed by the taxpayers.”

Both sides have agreed to meet later in the week and hope to come to a consensus that will avert a work stoppage.

With Jeff Bezos and Elon Musk reaching new highs through their private space rocket enterprises, Tommy Chong has jumped into the fray. “Those guys don’t know nuthin’, man,” said Chong. “I mean, all they do is get 100 kilometers off the ground and I feel like I did that last week so what’s the big deal, man?” 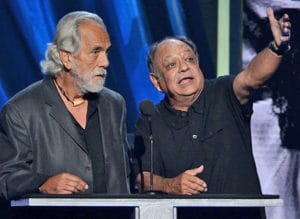 While Bezos and Musk use rockets with designs looking like male genitalia, Chong plans to space out on what preliminary designs show to be a giant bong. Chong says he is in talks with Cheech Marin to outfit Marin with a special space suit that lets him ride along and operate the bongship.

With gas prices on the rise, Chong is looking to fuel the ship with his own patented strains of cannabis. Sativa, of course, for lift off. Highest THC he can find. “We’ll use an indica to help with a soft landing, too, man,” said Chong.

Asked if he intends to go to Mars, Chong replied, “I’m going to have loads of Mars bars in the glove compartment, man, ‘cuz when the munchies hit, you gotta be prepared.”

Cannabis processors have developed products used in nearly every orifice to be found on the human body with the exception of one glaring omission. But now a new flower strain is being rolled out for use in the ears.

Ear Buds is a new cannabis product from Acmear Industries you will come to lobe. You simply tuck a small stash into the ear canal. It is designed to burn slowly so that it will not hurt the skin much but will also rid you of unsightly ear hair.

Pinch your nose, clamp your mouth shut, and inhale. Smoke will be pulled into the ear canal through the Eustachian tube and straight to the brain, giving you an amazing head high. Lead research scientist Audie Oh said, “We realized many people don’t care to listen so we thought this could at least offer them something to use their ears for.”

Besides Ear Buds, Acmear Industries also plans two other products for launch later this year: Ear Wax dabs and Ear Nibbles edibles. A line of custom earrings are also being developed to hold the cannabis products for easy transport.
Acmear Industries awaits approval from the state Liquor and Cannabis Control Board, which is currently inviting aural testimony. 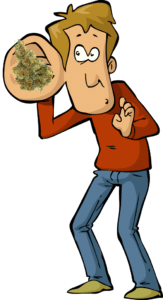 White Rabbit ownership has announced it is now accepting applications for franchises. “Yes, we’re going down that rabbit hole,” said Teresa Chilelli-White. She says she’s had lots of encouragement from existing fast food franchises, owners of which envision a boost in sales with more recreational marijuana made available. Asked why else there should be more White Rabbits, she replied “It’s what rabbits do. They multiply.” 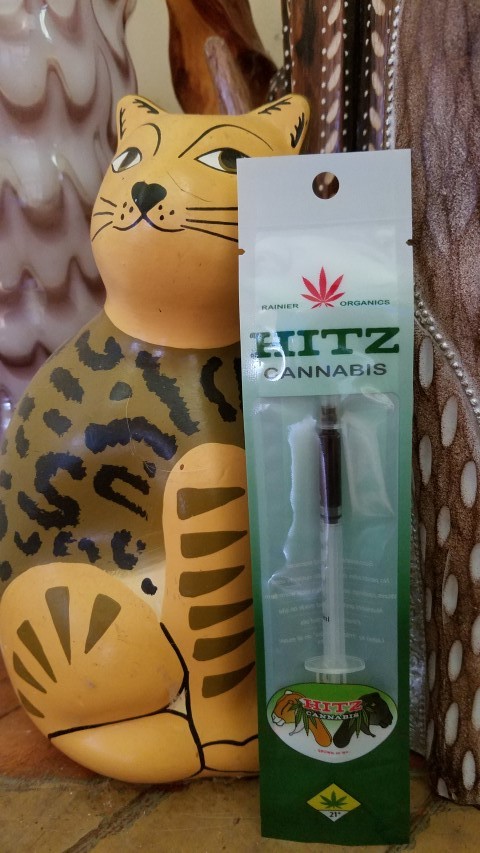 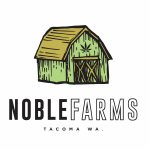