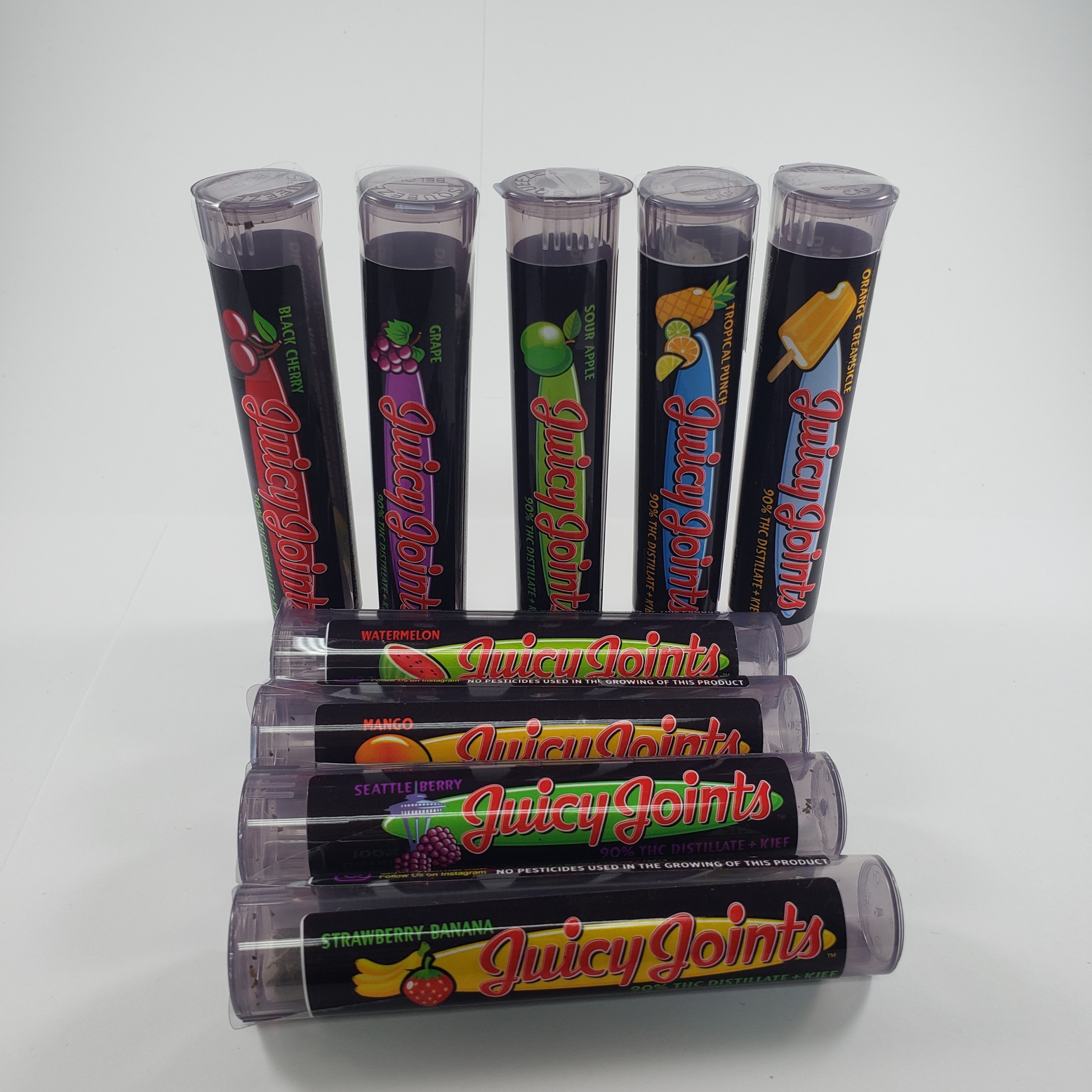 Juicy Joint Supers represents the premium line of Juicy Joints. Known for their infused joints, the Supers feature crumble of concentrates, distillate of cannabis oil, and kief. Let’s face it, if you survive the crumble and the distillate, then the kief puts it over the top.

For the taste test, I am trying the Island Breeze. Island Breeze strain crosses Kiwi Skunk with Tangie and leans a bit on the indica side of things. Right away, have to give a high five to whomever decided the strain. The strain combines two classics into one very tasty and heady combination. Juicy Joints Supers doesn’t clarify if the kief, crumble, and distillate all come from Island Breeze. However, this is not necessarily an issue.

Generally speaking, I am not a fan of joints infused with distillates. The effect tends to feel like a ball peen hammer slammed somewhere north of my mouth and south of my forehead. Sure, the buzz comes on like a freight train, but like the train that shakes the house every morning at 5am, I don’t need that. In this however, I am happy to say the high fell more on the pleasant side of the tracks.

If I had to guess, then the kief seems like the positive influence. The Supers smokes supremely smooth. Where distillate and crumble might add a sort of chemical burn harshness on the back of the throat, that is not the case. Juicy Joint Supers burn evenly and don’t feel harsh. Not an easy feat. Chalk it up to the kief creating a pleasant hashish like sensuality.

More infused joints to check out

If you like infused joints like the Juicy Joint Supers, then we also recommend the Blue Bastards. We haven’t had them in for a while but they are also quite popular and we get them whenever possible too. 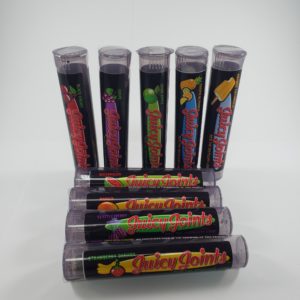