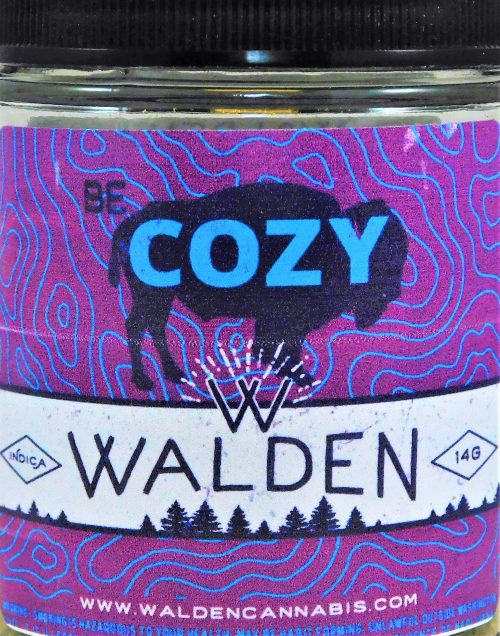 Chemical Weapons from Walden carries a serious payload. While it carries a pretty hardcore name, coming from Walden, it is all about peace.

The chemical weapons strain derives from Bomb Threat Bubba and the legendary Chemdawg. Chemdawg was developed in the 90s by Deadheads who brought in on Dead Tour. There, the strain grew in legend and prestige by the network of Grateful Dead fans who carried its fame far and wide. Chemdawg has unknown origins, but likely comes from a sour diesel and OG Kush cross.

Bomb Threat Bubba origins only add to the mystery. It most likely derives from a very solid and potent OG Kush phenotype.

With a strain name like “chemical weapons” you have to wonder if that is a good thing. I know I get that feeling like “what will they think of next? Cat Piss?” Then I realize, oh yeah, that name is taken already too. But if you can get over the name, then you are on the right path. The path of peace.

As always, I prepare the bong for the initial taste test. This just happens to coincide with the one toke smoke test as well. I smell the gram in the sack first. I dry inhale and take a few deep nostril drags to pull the scent through. It carries earthy and mossy notes. A hint of hashish peppery leather hangs at the end.

The overall scent is pleasant but not very overt and bright the way more citrus tinged strains can be. The scent won’t necessarily make a great impression for that reason. However, it tastes nicer than it smells, which is rare. It is usually the other way around.

I take the bong load. Then I wait. If ten minutes from now I am wondering what I have been doing for the last ten hours then we may be on to something. Turns out the Chemical Weapons strain lives up to the potency reputation. Walden lists the test results as 20.9 THC and 0.0 CBD. Of course, that is only a number and limited in terms of what it reveals about the flower’s potency.

In this case though, the full spectrum of cannabinoids and terpenes render a pretty dense high. One hit is enough to produce that “headband” feeling. Seems like “headphones” feeling serves as a better description. The music I am listening too takes on a more surround sound kind of symphonic quality. Mighty nice.

Walden Cannabis truly believes in sustainable and environmentally friendly production. They go next level with natural pest control. No pesticides necessary when the plant grows in perfect balance and harmony with its habitat. 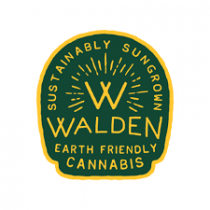 At White Rabbit Cannabis, we seek the growers committed to a healthy planet. We prefer companies with these ideals since it shows they care about the plant from seed to sale.